In chapter 6, “Laid to Rest,” Connor uses a sleazy tactic to destroy Von Bach’s legal case.  Now mortified in every sense of the word, Von Bach gains the sympathy of Minna.  But, will she continue to love and admire the undead celebrity when she learns his terrible secret?

"First of all, VON BACH just looks gorgeous.  It has Hammer’s hilarious but brutal worldview, and is also a smart and well told story.  Von Bach feels as charged as a monster/horror film, but told in the world of bad Hollywood decisions.  So . . . it’s a slice of life.  I can’t recommend highly enough.  I’m tired of talking about it; I’m starting to feel bad about myself.”

“Disproving the notion that comic books are just for kids, the VON BACH series is a gorgeous, engrossing, unpredictable and insightful take on the behind-the-scenes world of show biz. Oh, not only that, it’s funny as hell. Imagine that: a comic book with a smart, searing take on Hollywood and its cannibalization of the horror genre. Ever wonder what would happen if ‘Weird Al’ Yankovic and Alan Moore had their brains fused together? Well, wonder no more — just get your hands on VON BACH.”

-Johanna Stein, Writer Kung Fu Panda: The Paws of Destiny, showrunner Madagascar, A Little Wild and “The Woman in #12” from Mulholland Drive.

“I discovered VON BACH from the inside when Owen asked me to play a bit part in a movie for the stage play.  The show was great and I was so glad to see that it survived its all too short run as a graphic novel.  Von Bach is funny! And scary! And funnily scary! And scarily funny!”

At last! Some really professional work!

Thank you, Night Cat.  Have you read it?

Yes. Only the first issue thought. Story is good, but not quite in my taste (or, maybe i just wasn't in the right mood, to fully apprecieate it). I liked the idea of "Undead guy with bright personality versus all those lawyers, judjes, journalists and, well, any standart (and not-so-standart) members of modern society".
Art is great. It's so dynamic and full of life.
So it is a definitely high-quality work.

Thanks.  Please consider continuing the story.  You won't regret it. 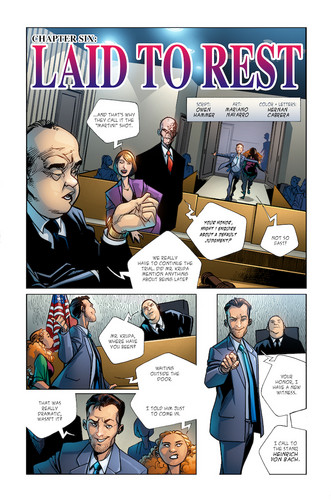 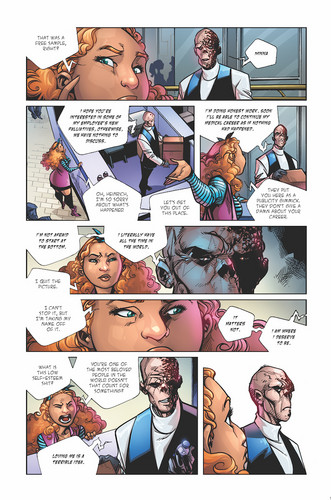 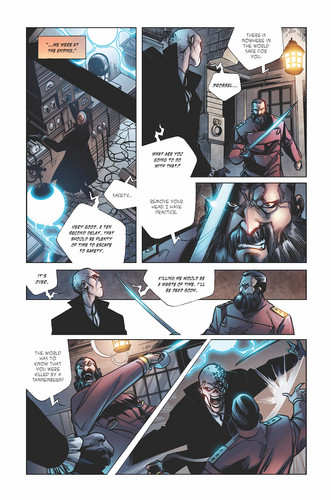